Happy Father’s Day to all the Fathers in the World!

As my tribute to the father of my lovely princess, I’m featuring his favorite Indian dish called Biryani – his version and his snaps 😉

We will divide the process into 2 parts. Part 1 will be the meat preparation and part 2 will be the rice preparation. You can make Part 1 ahead of time. 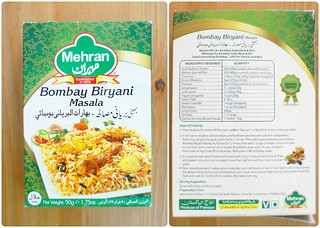 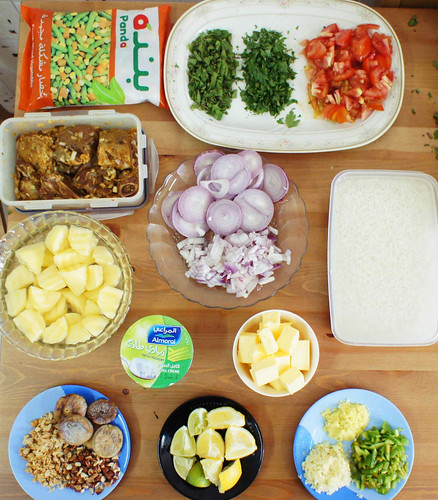 Combine all the ingredients in a container. Coat each meat and cover, let marinate in the fridge overnight. Bring to room temperature before using. 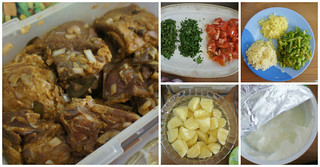 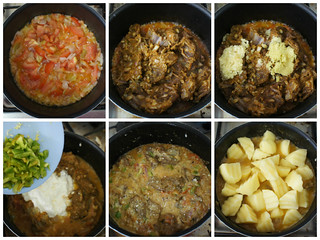 The spices and condiments used in biryani may include, but are not limited to, ghee (clarified butter), nutmeg, mace,[14]pepper, cloves,[14] cardamom, cinnamon, bay leaves, coriander, mint leaves, ginger, onions, and garlic. The premium varieties include saffron.[14] For a non-vegetarian biryani, the main ingredient that accompanies the spices is the meat,chicken and mutton. The dish may be served with dahi chutney or Raita, korma, curry, a sour dish of aubergine (brinjal),boiled egg, and salad. – Wikipedia 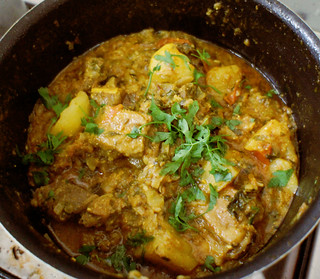 Historically, the most common varieties of rice used for preparation of biryani were long-grain brown rice (in North India) and Zeera Samba rice (in South India). Today, basmati rice is the most commonly used variety. In Bangladesh, puffed riceis also used.[13] – Wikipedia 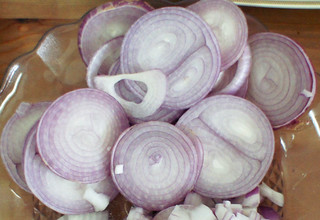 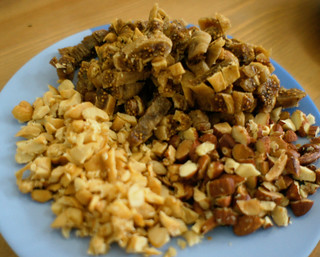 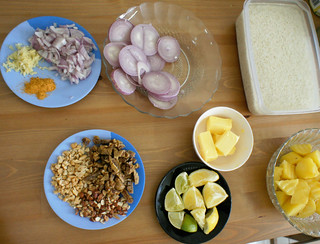 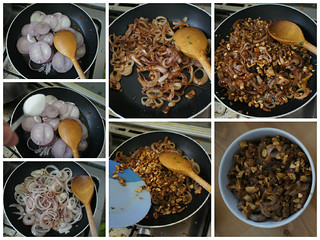 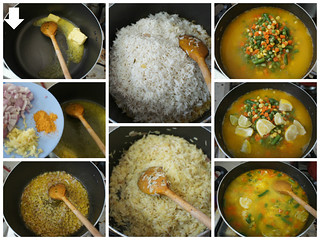 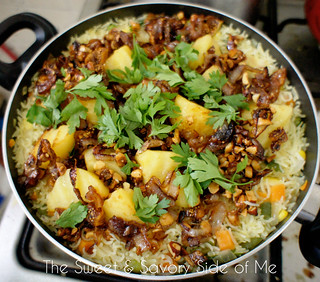 There are two basic types of biryani: pakki (“cooked”, also pukka) and kacchi (“raw”, also kutchi). In pakki biryani, the cooked meat and cooked rice are layered. In the kacchi biryani, raw marinated meat is layered with raw rice before being cooked together. – Wikipedia

Basically, what we did is a pakki type, wherein we cooked the meat and rice. BUT instead of layering the meat and rice, we just top the rice with caramelized oions, nut and meat (we’re hungry and excited at this point, didn’t have time to layer 😉 and dig in and store the leftovers separately.

You cannot substitute basmati rice with jasmine rice. The taste and feel won’t be the same.

Premixed biryani masala works fine for us and more convinient for us.

If you read the recipe at the back of the box, you will notice that it recommends the whole pack of the masala for this recipe and you will also notice that we only use almost half of the pack, this is because, the masala is too spicy for us. If you’re used to a very spicy dish, you may use the entire pack.

Looking for something to eat?

Follow The Sweet & Savory Side of Me on WordPress.com